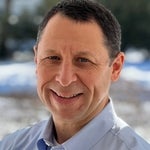 Michael was hired by the U.S. Department of Justice out of law school through the Attorney General Honors Program as a law clerk for the Executive Office for Immigration Review at the U.S. Immigration Court in New York.  From 1997-2003, Michael was an Assistant District Counsel for the Immigration and Naturalization Service representing the government in deportation and removal proceedings. With the creation of the Department of Homeland Security in 2003, Michael was assigned to the Enforcement Law Division within the headquarters of U.S. Immigration and Customs Enforcement focusing on customs and other law enforcement matters.

Michael opened the Law Offices of Michael Kohler, PLLC in 2008 to assist individuals and businesses with their immigration law needs.  Since that time, Michael is proud to have worked with clients from more than 80 countries and territories throughout the world embodying the spirit of Crosby, Stills & Nash in their song, Wooden Ships: "If you smile at me, I will understand, cause that is something everybody everywhere does in the same language."

Michael is married with three children, is a past-president of Midway Jewish Center in Syosset, NY and is a proud member of the Plainview Fire Department.

United States Court of Appeals for the Second Circuit

Thank you for contacting us. We will get back to you shortly.

Please complete all required fields below.